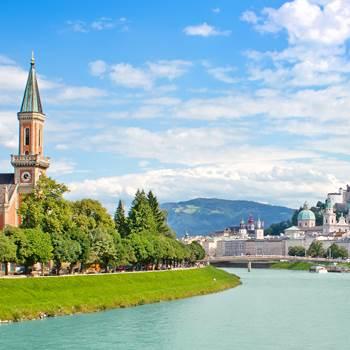 Situated at the very heart of Europe, Austria is a country of great natural beauty, from the Alps to the Danube. Renowned as the birthplace of Mozart and the setting for The Sound of Music, the breath-taking beauty of Salzburg's cobble-stoned Old Town and famous sights such as the Hohensalzburg Fortress are unforgettable and quintessentially European. Popular visitor attractions include the Mirabell Palace and Gardens, Nonnberg Convent and Schloss Hellbrunn. Vienna is the centre of the old Habsburg Empire, steeped in imperial heritage, music and art and famous for the great romance of its "cafe society", as prevalent today as it has been through the centuries. Time your visit to take in one of the performances of the great Spanish Riding School and an opera at the majestic Vienna Opera House, home to the Philharmonic Orchestra. Nearby, the Schoenbrunn Palace, summer residence of the imperial family demonstrates the opulence of 18th-century Europe. 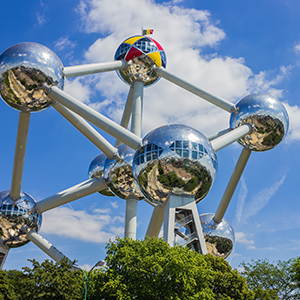 Blessed with the opportunity to absorb the best influences of its two larger neighbours, Belgium is a country divided into two different communities, yet able to forge a distinct national identity of its own. The capital of Brussels is emblematic of this contrasting scenario, straddling the French- and Dutch-speaking areas from the heart of the country. Its reputation as a meeting point of cultures extends beyond national borders, making it the perfect host for the European Parliament where elected EU officials meet.

The south of the country is largely home to the French-speaking Walloon community whose pretty little towns and enviable cuisine cover a slightly larger area than the north, but one that is more rural and less populated. The denser north of the country is known as Flanders, where speakers of Dutch (known as Flemish here) have preserved the stunning medieval centres of towns like Bruges and Ghent to offer visitors a glimpse of times long forgotten. While the rich brewing history has contributed to some of the world’s finest beers that go well with the moules frites (mussels with fries), waffles and Belgian chocolate, there is a more sombre chapter that the country commemorates along the western frontier with France. Here many of the most tragic encounters of the First World War took place and original trenches, enormous monuments and military cemeteries stand in honour of the fallen. 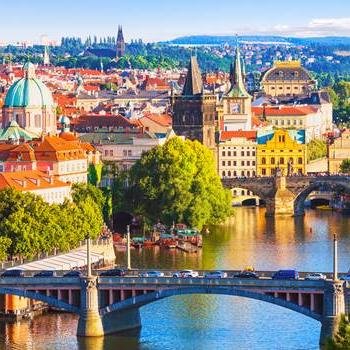 The Czech Republic is at the heart of the continent with a charged atmosphere of optimism for the future, making it one of the most popular and loved destinations in Europe. The modern-day country is made up of two provinces, Bohemia and Moravia. The former is home to numerous castles built by a succession of rulers and noble families that have taken up residence there. The capital city, Prague, is a highlight of any visit to Eastern Europe with its fascinating blend of history and architecture. Moravia is a beautiful province located to the east of the country, known for a more rural outlook, covered with rolling hills and colourful villages. 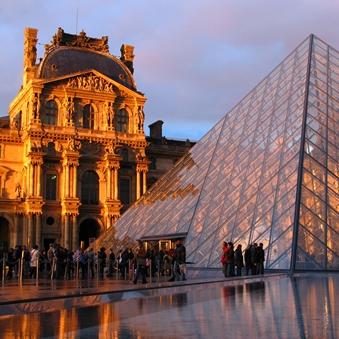 France is a country with a colourful and engaging past, evidence of which can be seen throughout the many regions. From the Palace of Versailles near to Paris, which was home to the French kings, to the historic chateaux, most notably in the Loire Valley and Bordeaux. Many world-famous art galleries, museums and monuments can be found in Paris, such as the Louvre, Musée d'Orsay and the Eiffel Tower. Famed also for its excellent cuisine and wine, this country is rich in fresh food markets, vineyards (where wine tasting is often available) and superb restaurants.

The coastal areas differ greatly. To the north is Normandy with romantic cliffs giving way to wild and sandy beaches, and, as it was home to the D-Day landing beaches for soldiers during Operation Overlord, it has now become a site of pilgrimage for thousands of war veterans and their families. In contrast, the Côte d'Azur, boasts glamorous beaches and bustling, cosmopolitan harbours on the Mediterranean coast to the south. 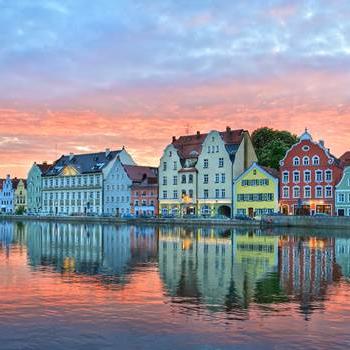 The vibrant capital of Germany, Berlin continues to revel in the rejuvenation it has enjoyed since the fall of its wall in 1989. The Brandenburg Gate and Checkpoint Charlie stand as a visual reminder of the city's turbulent past, blended with modern architecture such as Daniel Libeskind's spectacular Jewish Museum and the glass dome of the Reichstag designed by Sir Norman Foster. The "Museum Island" contains a unique complex of world-class institutions, including the Pergamon Museum with its renowned collection of antiquities, and the Old National Gallery, which contains an outstanding collection of 18th- and 19th-century paintings and sculptures. Of interest nearby is the city of Potsdam. Sanssouci Palace is an enchanting Rococo palace with extravagant interiors and an extensive park, while Cecilienhof Palace served as the venue for the Potsdam Conference in 1945 where the main Allied powers established the political post-war balance of Europe.

In the south, Munich is a city easily explored on foot and an architectural delight. This beautiful 800-year-old city is the capital of Bavaria and the home of the world-famous Oktoberfest. The Hofbrauhaus is Munich's famous beer hall and garden surrounded by chestnut trees. The Church of the Asam Brothers is one of the finest examples of Baroque architecture in Europe. The Neo-Gothic town hall features a 80 metre (260 ft) clock tower where mechanical figures of knights fight a daily tournament. 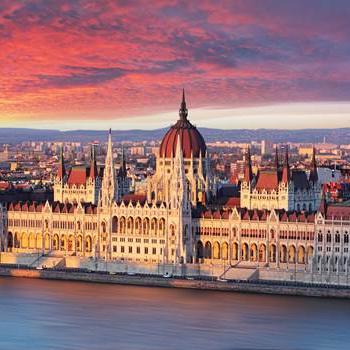 Hungary, central to so much of what has transpired over the centuries in Europe, is steeped in history. Budapest, the capital, is long established as one of Europe's premier spa towns and centre of the arts and is a vibrant forward-looking city. It has become one of the most popular destinations in Eastern Europe. The area known as the "Danube Bend" is fascinating as one of the cultural centres of the Hungarian Renaissance. The Hungarian landscape is on a majestic scale featuring the largest lake in Europe, Lake Balaton, the Hortobágy National Park and Puszta (the Great Hungarian Plain), a UNESCO Heritage Site. Keep an eye out for the sublime wine scene, a long-held secret that is slowly gaining recognition internationally. 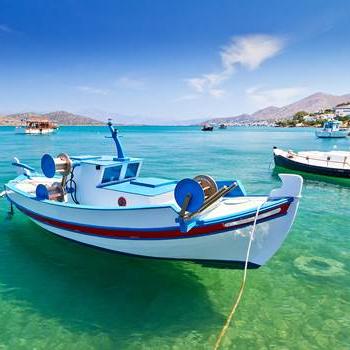 A country steeped in history, Ancient Greece was at the heart of the civilised world producing exceptional creativity in thinking, writing and theatre. A third of the modern-day population lives in the capital, Athens, a city dating back some 3,500 years. The city is dominated by the famous Acropolis with the Parthenon, which has stood for 2,000 years.

The Greek island of Mykonos is a beautiful, cosmopolitan island which has embraced tourism. The whitewashed cube-shaped houses of Mykonos town border narrow winding streets built to withstand wind and pirate raids. Truly the picture postcard destination, Santorini was given its distinctive shape when a volcanic island erupted in 1450 BC. The island includes the Minoan town of Akrotiri and the ancient site of Thira. The old town of Rhodes is dominated by the Palace of the Grand Masters which house priceless mosaics from the island of Kos. Encased by ancient walls, the town contains the Mosque of Süleyman, a Jewish quarter, and the Street of the Knights. Crete is an island of rugged mountains, crystal blue water, relaxed in nature and idyllic in setting. The island includes Heraklion Archaeological Museum and the Palace of Knossos. 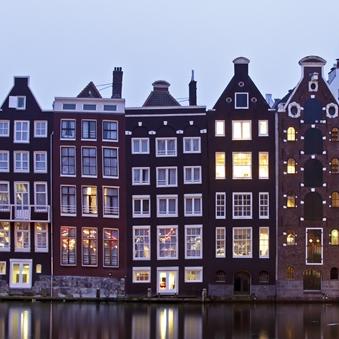 The Netherlands is often referred to as Holland, the name taken from the largest province where most tourist attractions are located. Amsterdam, with its canals, bridges and gabled houses is the capital of the Netherlands and home to many famous museums including the Rijksmuseum, Van Gogh Museum and Anne Frank's House. In nearby Haarlem find the museum dedicated to Frans Hals, the famous Dutch artist.

The Hague (Den Haag) is home of the European Court of Justice. Delft is known for its historic pottery whilst Leiden is one of the oldest towns in the Netherlands and home to the Rijksmuseum van Oudheden (National Museum of Antiquities) and the Stedelijk Museum. And who could forget the famous tulip fields in spring and the Keukenhof Gardens? 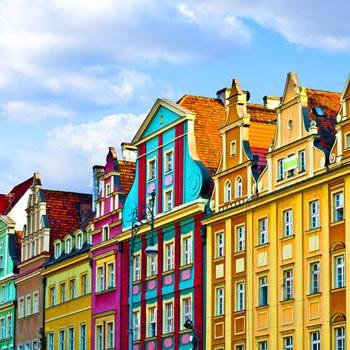 The history of Poland is a record of the wonder of human resilience, with the country suffering invasions, terror and genocide. For over 100 years Poland lost its national identity and disappeared from the map of Europe, engulfed by the invading empires to its east and west. Today it is still one of modern Europe's largest countries, with a wealth of history, culture and natural beauty. The exact age of the capital city, Warsaw, is not known since none of its founding documents or its municipal charter has survived. The city grew alongside the duke's residence, with its location defined by the limits of the Old Town. One of the oldest and most beautiful cities of Eastern Europe, Krakow has been listed as a UNESCO World Heritage Site. 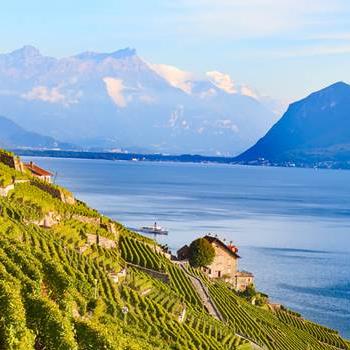 Switzerland is culturally unique in that French, German and Italian influences have created its geopolitical landscape and the many flavours of its wonderful gastronomy. The Swiss lakes and mountainous regions are the stuff of legends and tales of human endeavour scaling the peaks of the Eiger, Jungfrau and Matterhorn. Beauty is everywhere and can be marvelled at from onboard the world-famous Glacier Express train that cuts through the mountains, the Jungfraujoch cog wheel train from Interlaken, the paddle-steamer of Lake Lucern and the cable car ride on Mount Pilatus.