Most visitors to Great Britain arrive in London, the capital of the United Kingdom and a global financial centre. Its wealth of sites, stores, restaurants and theatres is world famous, offering the visitor countless iconic attractions to explore. The surrounding countryside of Southern England has a gentle landscape with country lanes, rolling hills and shimmering fenlands interspersed with historic cities such as Oxford, Cambridge and Bath. The southern coast stretching down to Cornwall is known for its picturesque towns, beaches and resorts.

Further afield, Northern England and Wales boast historic towns, moorlands, dramatic coastlines and majestic National Parks. The largest park is the Lake District, which incorporates a landscape of jagged mountains, shimmering lakes and charming villages. Wales is a land of contrasts; often known as ‘the land of castles’, it contains some of the most varied scenery in Europe.

Famed for iconic images of bagpipes and kilts, Scotland is a mountainous country bisected by the Central Lowlands where Scotland’s capital city Edinburgh is located. One of the most dramatically situated capitals in Europe, this stately city hosts an international arts festival each summer. Many championship golf courses are situated nearby. In the north, the Highlands and Islands form one of Europe's last great wildernesses. These magnificent peaks, windswept moorlands and lonely sea inlets were once the home of the Scottish clans.

Ireland, also known as “the Emerald Isle”, has a mild damp climate with a high incidence of rainfall that produces the vivid green landscape. In Connemara or Kerry, you can enjoy nature at its most superb. Also see castles and colourful villages dotted over the pastoral countryside that is home to a thriving dairy industry and many horse breeding farms. Dublin is the capital of Ireland. Boasting elegant Georgian architecture, this city is also known for its lively nightlife scene. 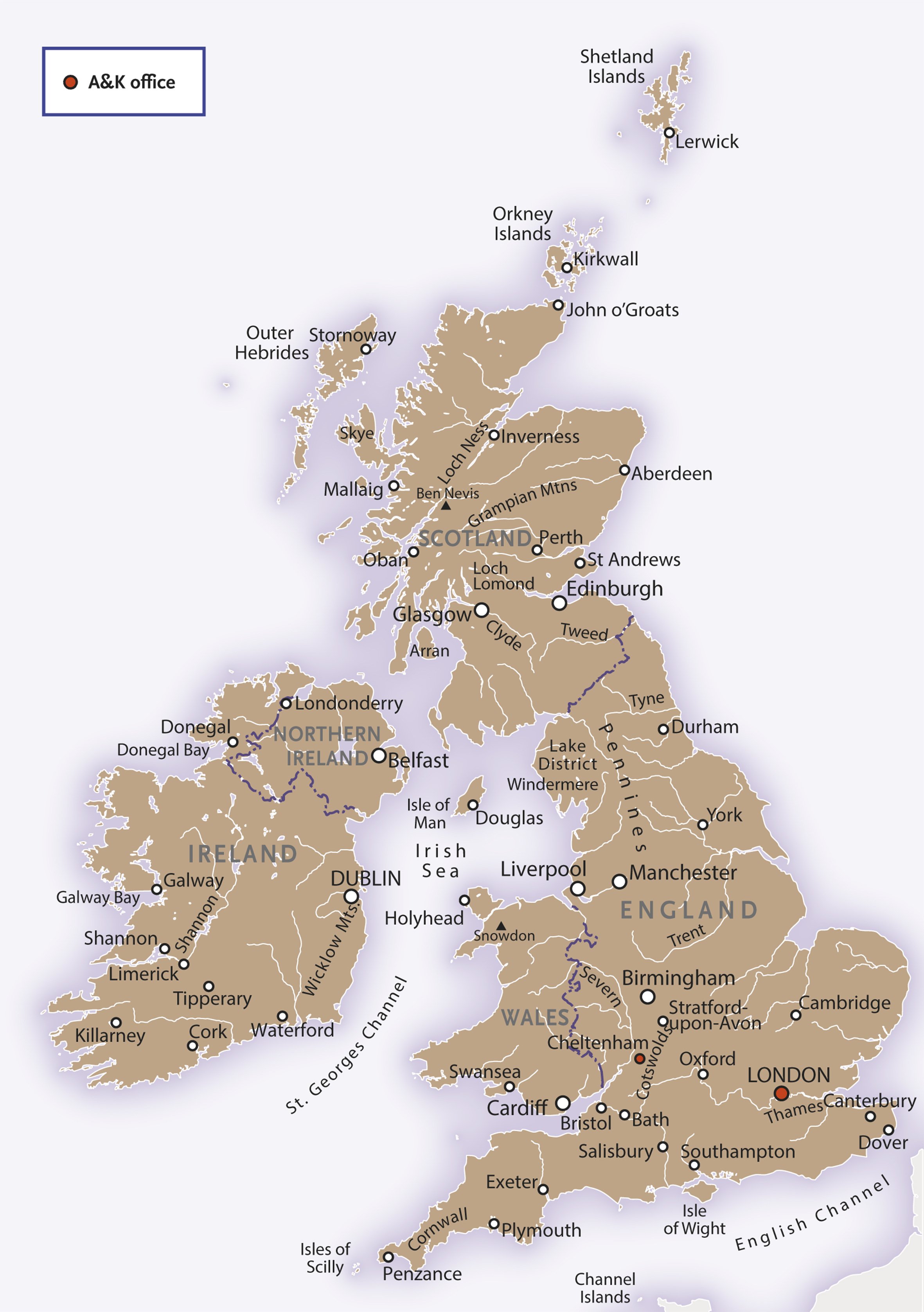