Jordan is a modern country, a holy river, and an ancient culture – a timeless physical and spiritual panorama of prophets, miracles, and human faith. Situated as it was between the great civilisations of Egypt to the west and Mesopotamia to the east, Jordan was destined to be a busy crossroads. The very name of the country retains the unique baptismal aura of a holy river and a blessed land. Visitors and citizens daily walk through the plains, valleys, hills, mountains and streams whose names were forever fixed into human consciousness by the profound messages of prophets who walked this land and crossed its river during their missions on Earth.  Many of the sites where they performed miracles or reached out to ordinary people have been identified and excavated, and are easily accessible to visitors.

Stand on top of Mount Nebo, from which Moses saw the Holy Land. Experience the glory and splendour of ancient Rome in Jerash.  Follow the footsteps of Indiana Jones in Petra, the ancient rose-red city. Ride a camel or 4x4 through the alien landscape of Wadi Rum, the most beautiful desert in the world. Dive in Aqaba and see lots of multi-coloured corals and tropical fish. Float on your back in the Dead Sea reading a newspaper. Compare the Crusader castles with the Arabic castles built as defence against crusaders.  Be invited by a Bedouin family for tea. Jordan is a magnificent country that has a lot to offer in the way of culture and adventure. Above all, as a privileged and honoured guest, delight in the friendship of the Jordanian people and the heritage and beauty of their land. 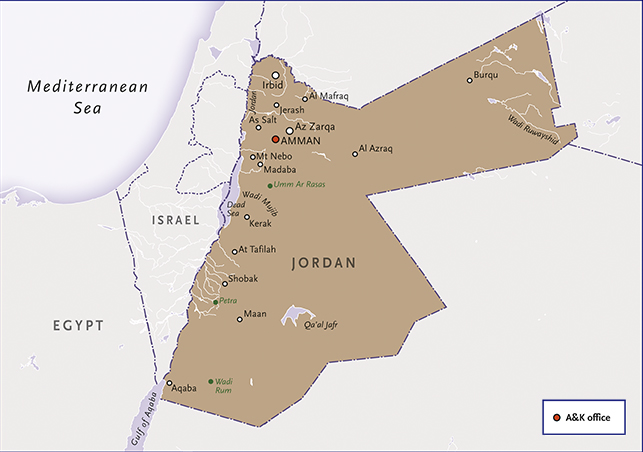