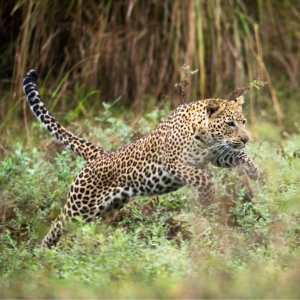 South Luangwa National Park is wild and remote. It offers a superb safari - enormity of space, diversity of habitat, large numbers of animals, rarity of species and magnificent lodges. With over 1000 species of mammals and over 420 species of birds as well as various reptiles, insects, amphibians and plants, a safari in South Luangwa emulates traditional African adventures in one of the finest wildlife sanctuaries. 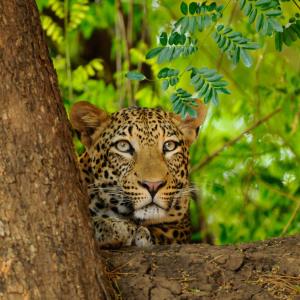 The Lower Zambezi National Park , is Zambia's newest park, relatively undeveloped with its beauty in its absolute wilderness state. Opportunities to get close to game wandering in and out of the Zambezi channels are spectacular. The park lies opposite the famous Mana Pools Reserve in Zimbabwe, hence the entire area on both sides of the river is a massive wildlife sanctuary. The rivers edge is overhung with a thick riverine fringe, mostly diasporus, ficus and other riverine species. Further inland is a floodplain fringed with mopane forest and interspersed with winterthorn trees Acacia Albida. The hills which form the backdrop to the park are covered in broadleaf woodland. The Lower Zambezi National Park covers an area of 4092 square kilometres, but most of the game is concentrated along the valley floor. There is an escarpment along the northern end which acts as a physical barrier to most of the parks animal species. Enormous herds of elephant, some up to 100 strong, are often seen at the rivers edge. 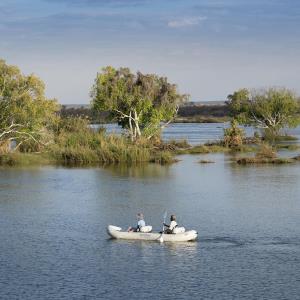 Livingstone or Maramba is a historic colonial city and present capital of the Southern Province of Zambia, a tourism centre for the Victoria Falls lying 10 km (6.2 mi) north of the Zambezi River, and a border town with road and rail connections to Zimbabwe on the other side of the Falls. Victoria Falls, described by the Kololo tribe living in the area in the 1800's as 'Mosi-oa-Tunya' - 'the Smoke that Thunders' and in more modern terms as 'the greatest known curtain of falling water', Victoria Falls are a spectacular sight of awe-inspiring beauty and grandeur on the Zambezi River, bordering Zambia and Zimbabwe. Facing the Falls is another sheer wall of basalt, rising to the same height and capped by mist-soaked rain forest. A path along the edge of the forest provides the visitor who is prepared to brave the tremendous spray with an unparalleled series of views of the Falls. One special vantage point is across the Knife edge bridge, where visitors can have the finest view of the Eastern Cataract and the Main Falls as well as the Boiling Pot where the river turns and heads down the Batoka Gorge. Other vantage points include the Falls bridge and the Lookout Tree which commands a panoramic view across the Main Falls. 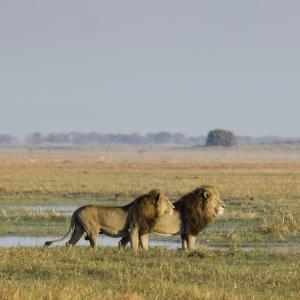 Kafue National Park is Zambia's largest park. It protects a wide variety of different environments on an undulating plateau veined by rivers. Safaris to Kafue are relatively uncommon when compared with safaris to the South Luangwa or the Lower Zambezi –but both contrast with the different experiences and safaris found here in Kafue National Park. The Kafue holds possibly the greatest diversity of wildlife of any national park in Africa, and in recent years the Kafue has seen a small and well managed growth in the number of Safari camps &Lodges that operate in the Park, this new interest has brought with it more visitors and investment. Importantly the wildlife now enjoys an increased level of protection from the Zambian wildlife authorities.