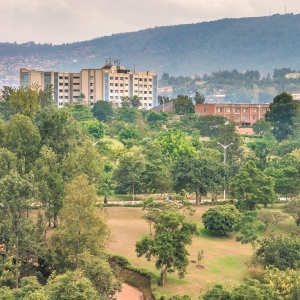 The charming capital, Kigali, is Africa’s cleanest and safest city.  Umuganda Day is the 4th Saturday of every month and the whole country stops to help clean and tidy up their local community and this is very noticeable in Kigali.  This cosmopolitan city is a mix of new restaurants and hotels, with great tarmac roads and traffic laws obeyed by everyone.  The Rwanda Genocide Museum is a moving memorial to the people that lost their lives in early 1994 and now all Rwandans have vowed “never again”. 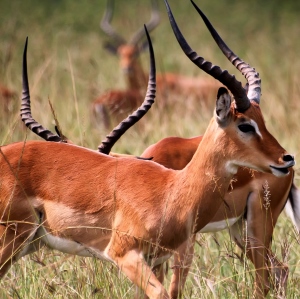 Akagera National Park is in the north east of Rwanda, along the border with Tanzania and is 1,122 square kilometres (433 square miles).  Named after the Akagera River which flows along one boundary and feeds in to series of lakes, the largest being Lake Ihema.  The park has a diverse landscape which allows so much wildlife diversity.  In 2015, 7 lions were moved from South Africa and reintroduced to Akagera National Park and have since more than doubled in numbers. Also introduced were leopard, hyena and jackal and most exciting of all is the reintroduction of 20 Eastern black rhino.  With more than 500 bird species in the park, Akagera is a brilliant addition to a Volcanoes National Park and the famous Mountain gorillas. 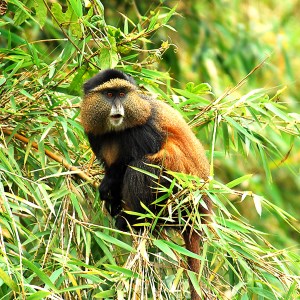 Parc National de Volcans is the official name for the Volcanoes National Park in north western Rwanda and home to over a third of the world’s remaining mountain gorillas.  The park encapsulates the Virunga Mountains which has 8 ancient volcanoes and stretches into Uganda and neighbouring Democratic Republic of Congo.  A short 2.5 hour drive away from the capital Kigali (on really good tarmac roads).  Visiting the mountain gorillas is often the number 1 priority but it is worth noting that there are other activities available including visiting Dian Fossey’s grave and Gorilla Fund, visiting the golden monkey, Musanze Caves and Iby'Iwacu Cultural Village. 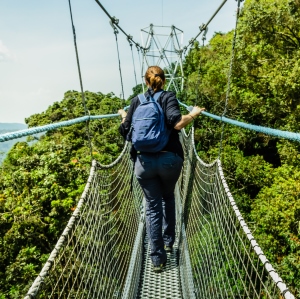 This 1,000 square kilometer (386 square mile) national park is often thought of as one of Africa’s oldest forests and is home to habituated chimpanzees and 12 other primate species.  This is also a birders paradise with more than 300 species and 16 only found in the forest.  Full of hiking trails and a wonderful canopy walkway, 60 meters (197 feet) above the floor and is part of the Igishigishigi trail. 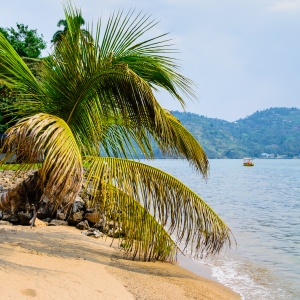 Rubavu is Rwanda’s beach answer and is along the shores of Lake Kivu, a huge body of water.  With no hippos or crocodiles and crystal clear, clean water, the lake is one of the safest to swim and enjoy.  A great activity is to kayak along the shores of the lake and watch unique fishing boats plying the water and find interesting villages as well as amazing bird life set among true peace and tranquility. Only an hour from Volcanoes National Park and 15 minutes from some of Rwanda’s most productive coffee producing areas.