Chile: Land of Fire and Ice

Chile has the largest north to south reach of any country in the world with 4,350 kilometres (2,700 miles) of coastline, bestowing upon it a host of unique geographical features. The world’s driest point is found in the Atacama Desert in Chile’s northern reaches whilst moving south the landscape comes alive passing through a combination of mountains, lakes and icecaps before plunging dramatically into the ocean at Cape Horn. Today, Chile is arguably the most developed South American country and the capital city, Santiago, presents a mixture of first world infrastructure and old world charm, whilst serving as the gateway to Chile’s many natural wonders.

The spectacular backdrop of the Andes looming high above the city is home to a number of ski resorts all within two hours driving time, a similar distance to the west takes you to the charming port of Valparaiso.

Surrounding the city on three sides, Chilean wine country has become somewhat of a talking point amongst experts, even reviving the Carmenere grape which was thought to be extinct. To the north, the oasis town of San Pedro de Atacama, built almost entirely of adobe, is the base for exploring the vibrant landscapes of the surrounding desert and volcanoes reaching heights of almost 7,000 metres (22,500 feet). Moving south, the panorama becomes increasingly greener and reaches its climax in the Lake District – a natural playground of tranquil lakes, raging rivers and ancient forests.

This southern region is the seat of Chilean culture and home of the fearsome Mapuche people who remained defiant to the Spanish colonial powers for 300 years. Leaving behind the Lake District, the terrain is increasingly dominated by the impressive scenery of Southern Patagonia, home to the towering peaks of Torres del Paine National Park and the glaciers of the Southern Ice Sheets making it a perfect destination for those looking to experience nature in its purest guise.

Chile is not merely a country of natural wonders. Some 3,600 kilometres (2,250 miles) west of the mainland lies Easter Island – not only the most remote inhabited place on earth, but also one of the world’s true archaeological and historical jewels. Primarily known for the Moai stone statues which can be found there - of which 887 have been inventoried and are thought to be over 500 years old – the island is a living open air museum of archaeological, historical and anthropological interest. 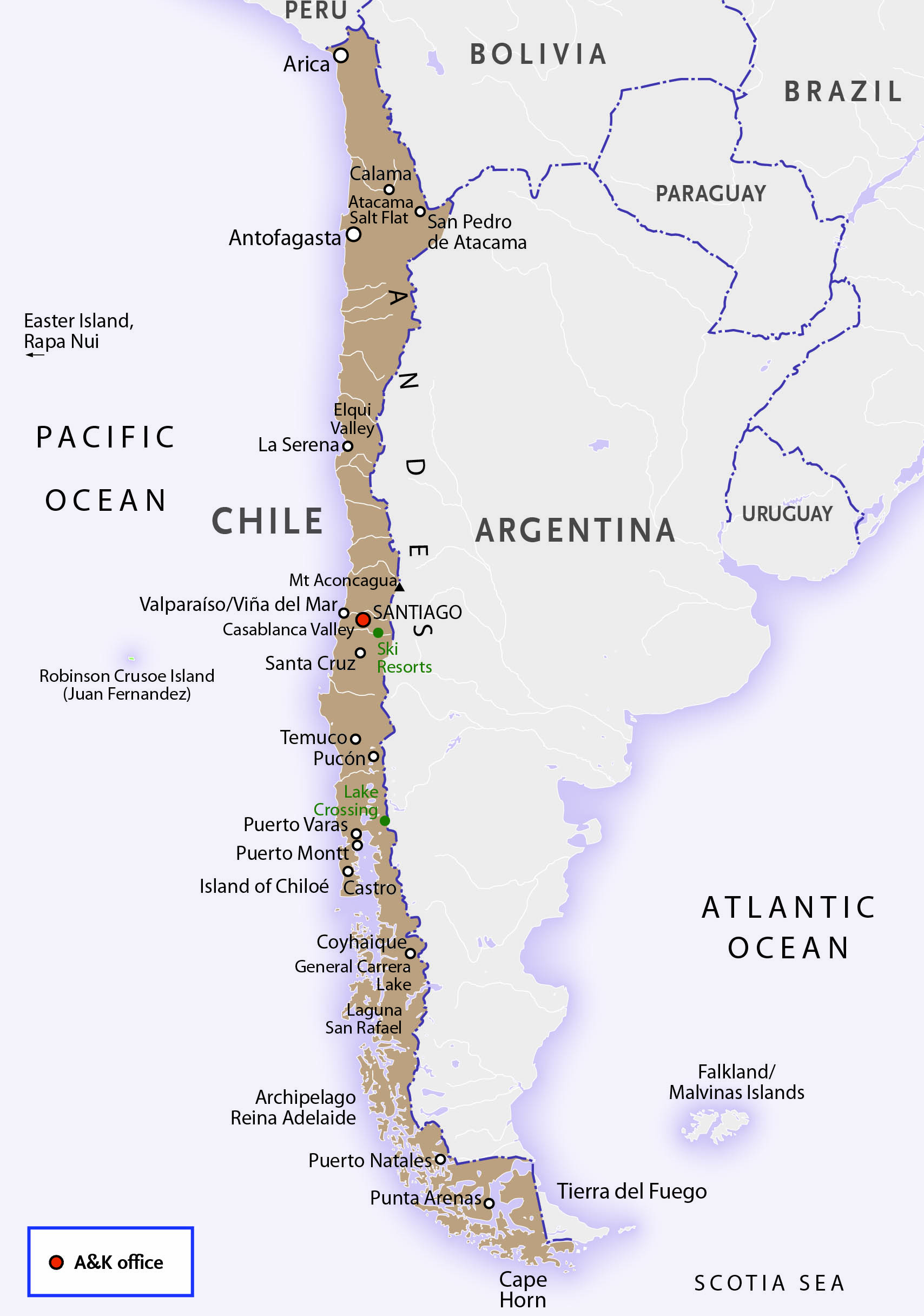